From Nordvik over the Highlands to Kraddsele 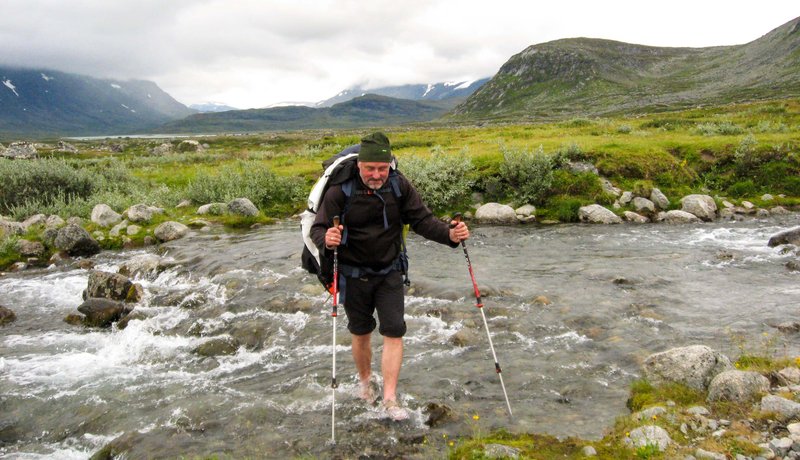 The tour runs on two days through all vegetation zones of Lapland. On the way we pass the famous Viktoriakyrkan (Victoria Church).

History: The church was built between 1936 - 1938 on the initiative of Göte Haglund, at that time pastor in Ammarnäs. The funds for the church were donations of the local population; but critical was an anonymous donor of 12,000 kr The precondition was that the church should named to the 1930 late Queen Victoria of Baden (Germany). It later turned out that the anonymous donor was the former royal court doctor Axel Munthe Fredrik Martin. The church stands on a fantastic place on "Överst Jukton". In the time of construction, however, it was 60 km away from the nearest road. Today a small road leading to the church.

The maintenance of the building has become the parish Sorsele to a financial problem, so they searched for a buyer a few years ago. Now a new owner has been found. Services are held 3 times per year during the summer months. On other days the church is closed.

Starting point is the small hamlet Nordvik at lake "Övre Boksjön". The trail leads us through birch forest and swamps northeastward, later on extended highlands. This we cross to the east and climb over birch forests down to the river "Överst Jukton".

On the second day we start with a visit to the Vikoriakyrkan (s. above). After that leads us the trail northwest to the mountains opposite. Some watercourses have to be crossed, some bridges are present. Later ascending into the highlands again. First we hold to the lake "Gautsträsket" (visible in the distance) to (North), but don't miss the descent to Kraddsele (northeast). The last miles we come to a forest road which lead us down to the village Kraddsele.

Beautiful trek in gentle terrain, well marked. Especially on the second day the wind may be an unpleasant companion. The tour runs frequently in pathless terrain, in the highlands footsteps are not always visible. Good orientation is necessary.

Normal trekking equipment, tent, own food. No cabins on the trail. GPS is recommended.