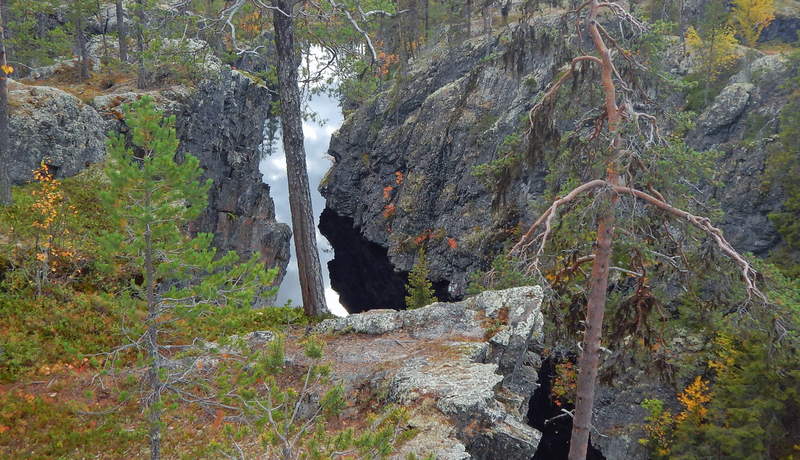 Hiking in the nature reserve Gimegolts

Easy hike above an imposing canyons of the early time of earth. There and back about 2 miles.

The canyon was deep cut millennia ago by streams that had formed from melting glaciers after the last ice age. The path along the canyon runs with some up and down above an imposing column, which is today still filled with water. At several points there are for photographers impressive image sections. Caution: Go not to close to the drip line, after rainfall it can be slippery. In the area live several raptor species and brown bears, their claw marks can be found on trees. In July cloudberry can be picked along the way, in August blueberries. After about 1 mile we reach a small shelter. Here is the best opportunity for a picnic.

After lunch we can go down to the base of the column and take pictures of the water side into the canyon. The way back is the same as we have come.

The hike can be done in all seasons. In the winter time we go with snowshoes. The route is then but about twice as long as in the summer.